Streamloan’s goal is to reduce friction in the mortgage application process by simplifying communication and collaboration between lenders, borrowers, other stakeholders in the mortgage loan industry. The objective of this project was to support this goal by creating a responsive web app for Streamloan’s borrower-facing product, thus expanding the accessibility of Streamloan’s services to a wider user base.

To understand the landscape of this project, we mapped out the process of getting a mortgage approved. This diagram helped us to identify Streamloan’s role in the process.

From iOS to web

One of the first task during this phase was to understand the architecture of the iOS app. The visual design of the iOS app was also translated to web. As reference and as a good practice, the team used the atomic design methodology to create the design system v1. 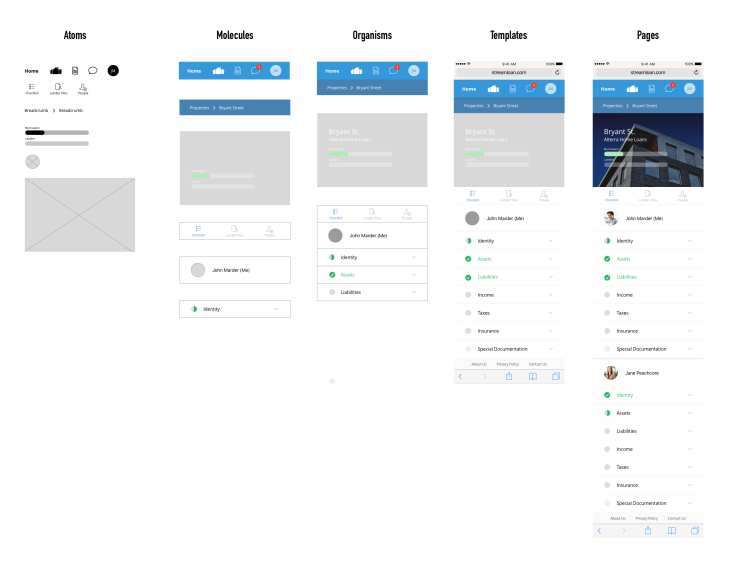 Using a series of usability and comprehension styled questions, we conducted several usability testing sessions. Users ranged in familiarity with the mortgage application process from never applying for a mortgage to applying to several.

We delivered high fidelity mockups and clickable the prototypes created.